Art in the form of a gallery visit and other stuff......


Yesterday I went to London with my family and met up with my sister (who was visiting from Dallas) and my mum. We very nearly missed the train, due to my two boys, who didn't want to turn off their favourite DVD "Outnumbered" Series One. 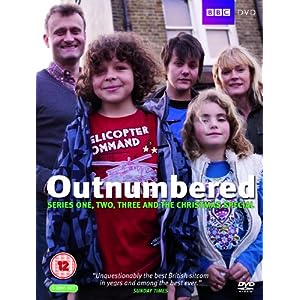 They love this show - mainly because they are both rather like Ben - the one in the red t-shirt!  Stay with me on this - there is a reason I mentioned it!


We walked along the South Bank to the Tate Modern and on our way saw the sand sculptures at the Thames Beach. 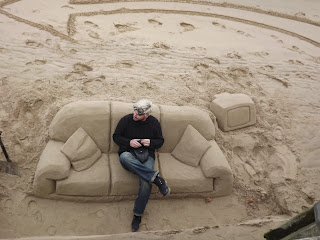 We spent a great morning in the Tate Modern. We enjoyed, "The Unilever Series" by film maker Tacita Dean which celebrates the moving image, and celebrates the masterful techniques of analogue film-making as opposed to digital.  We also enjoyed making our on "shadow" art on it too. Not sure what Ms Dean would have made of this?! 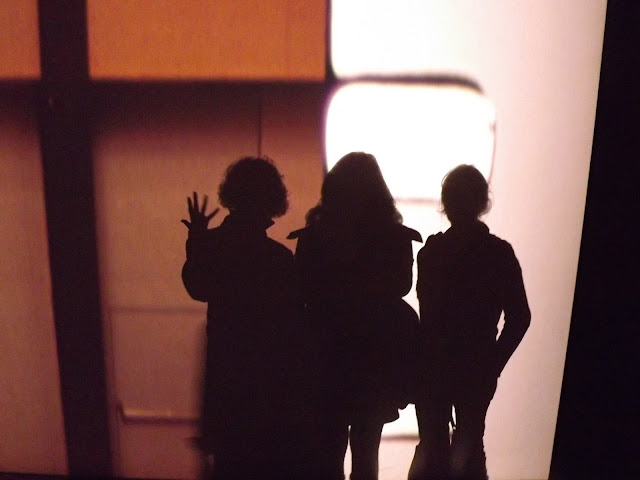 After spending the morning in the Tate. We took a leisurely walk over the "wobbly" bridge to St. Paul's passing this performance artist - spooky! 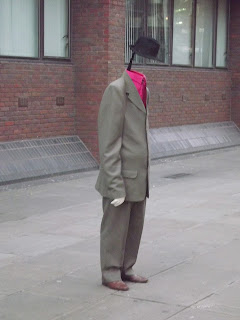 Outside St. Paul's the protesters tents were lined up in orderly rows. They closed St. Paul's for a while because of a "threat to the public". But that certainly  wasn't how it appeared to us, quite the opposite. The camp was extremely well managed and ordered.  There were tents specifically for the preparation of food, first aid, women and children only, a job centre (to organise the running of the camp), a University tent giving lectures, a tent marked Legal and an Information tent. There is a strict policy of no drugs or alcohol and there were no open fires. The camp was friendly, quiet, extremely clean and tidy and very well organised. 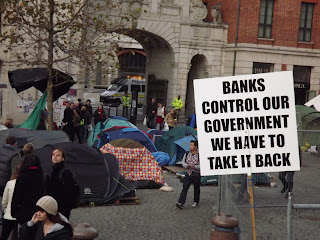 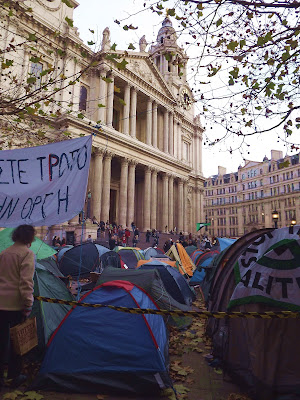 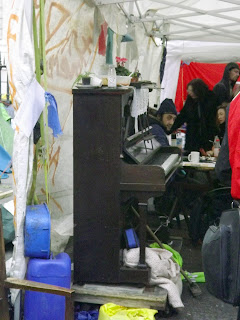 Wow, they even have a piano! 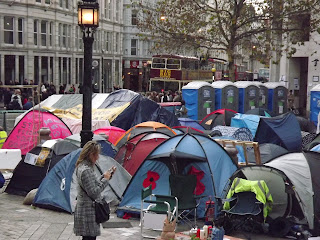 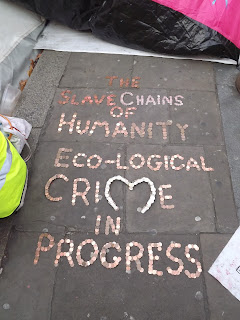 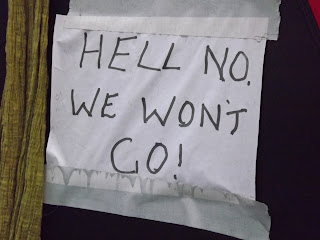 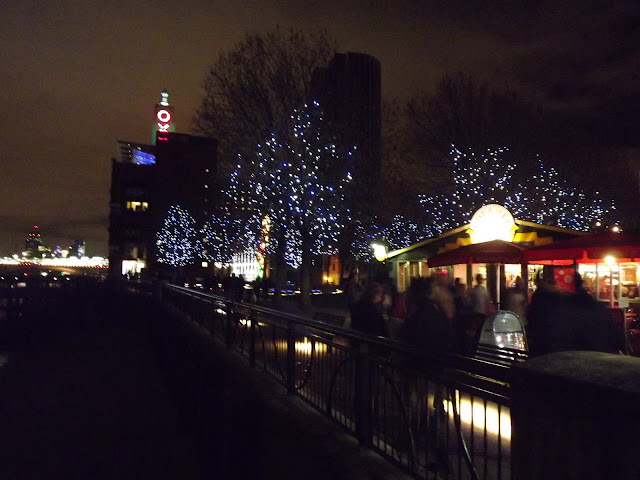 To end with, some shots of the South Bank at night 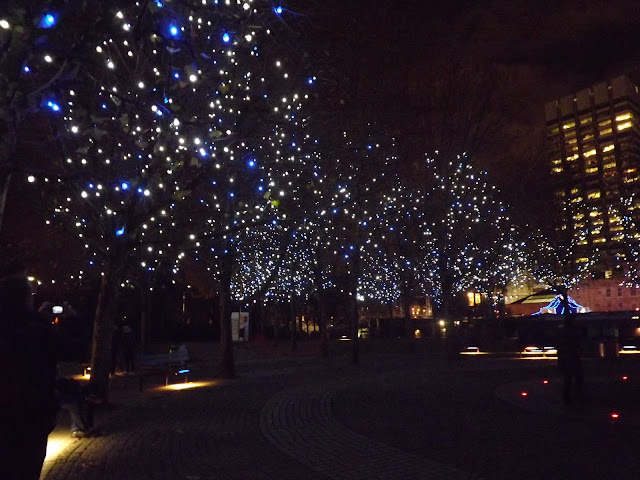 and then to top off a great day the boys met their heroes from "Outnumbered".  They just happened to be on the South Bank filming and  kindly took the time
give us this photo.

Thank you Daniel and Tyger, you really made it a day Sam and William will never forget. 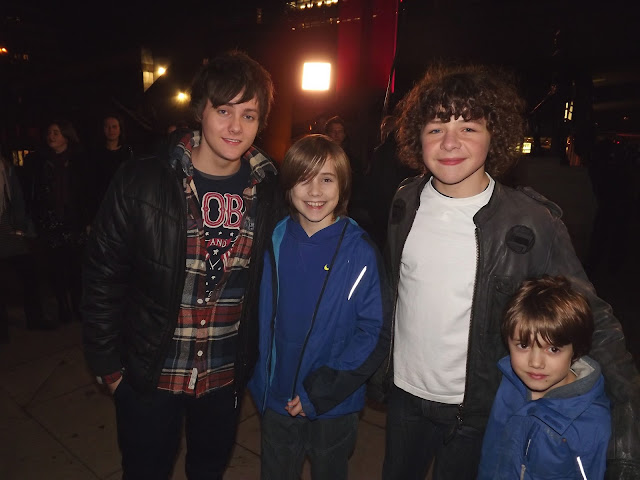 Denise
Hello everyone, My name is Denise, and I live in the UK. I have painted since I was little and i've never grown out of the habit. It is such a joy for me to be able to put brush to paper and watch what happens. I am one of the residents who work at The Sorting Office Studios. xx

If you liked my work/ramblings please follow my blog ;-)